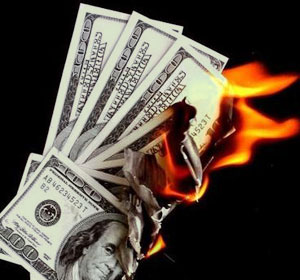 Speaking with GoldSeek Radio host Chris Waltzek this week, Trends Research Institute Founder Gerald Celente forcasted a ” false-flag” by the United States will provide a needed excuse to shut down the banking system and institute an overnight dollar devaluation. Celente suggested that covert plans are being created by Washington for a staged event, all in an effort to cover up a U.S.  financial collapse. The diversion could take the form of either another act of terrorism as we saw on September 11th, 2001, or an all-out war with Iran, which many feel is currently looming on the horizon.

“We believe that something, false flag or war, is going to happen,” Celente said.  “There’s going to be a financial collapse; it’s collapsing in front of us, but they [Washington] may use a false flag rather than calling it a financial collapse—like maybe they’ll have the brassiere bomber, or the granny bomber in a wheelchair, you know, who’s going to threaten the entire country, or it may be war.  And war is ratcheting up with Iran.”