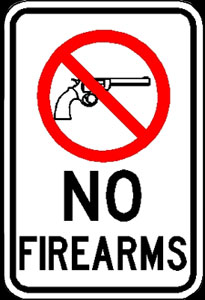 A three-judge panel of the Oregon Court of Appeals said that a recently implemented Oregon University System ban on the carrying of guns on its campuses exceeds its authority and is invalid. Students and faculty with permits will be allowed to carry concealed guns on Oregon’s seven public university campuses (at least for now) as the result of a court ruling on Wednesday, January 11th.

“That means people with permits can carry concealed handguns,” said Di Saunders, spokeswoman for the university system. Saunders went on to say that anyone brandishing a gun on campus would be approached immediately by security.

“We don’t have the authority to kick them off campus unless they show the weapons,” Saunders said.

Kevin Starrett, executive director of the Oregon Firearms Educational Foundation that filed the suit challenging the firearms ban, said as a practical matter the ruling does not change much.

“There are students, staff and visitors carrying guns on every campus of every college in this state every day,” said Starrett, whose nonprofit group fights for Second Amendment constitutional rights. “My interest is having people who have power over other people conform to the same rules that everyone else is expected to conform to and not use their bureaucratic position as a way to harass, intimidate and humiliate people who are doing nothing wrong.”

According to Saunders, University officials have not decided whether they will appeal the decision, seek new legislation or take other action, but they will be looking for a way to ban all guns from campus, even those carried by people with permits.

Since the Oregon University System is comprised of public universities, inevitably the Oregon taxpayers will be responsible for footing the bill, should the body move to fight last week’s court ruling.