Warning: Use of undefined constant REQUEST_URI - assumed 'REQUEST_URI' (this will throw an Error in a future version of PHP) in /homepages/5/d699574795/htdocs/radicalsurvivalism-com/web/wp-content/themes/editorialmag/functions.php on line 73
 Constitution Party Hopeful Preps For White House Run – Radical Survivalism
Skip to content
Current Events 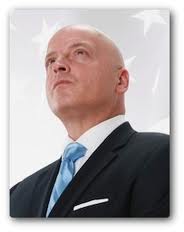 From Constitution Party of Indiana Newsletter:

Robby Wells, former head football coach at Savannah State University, has officially declared his intentions of seeking the nomination for President of the United States on the Constitution Party’s ticket.

Mr. Wells says his objective as president is to do everything in his power to protect the people of America by preserving, protecting, and defending the Constitution of the United States.  He also states he will push for legislation that will decrease the size of the Federal Government, cut programs that are not covered by the Constitution, and do everything possible to be nonintrusive on American citizens. He says, “Our current President and Congress just agreed to raise the deficit limit by $1.2 trillion. I assure you, that as President of the United States, I will not take that path.”

To learn more about Robby Wells, you can visit his website, view his Facebook page, meet up wth him at the Superbowl this weekend, and/or join him on the next Midwestern Regional Conference Call, where other presidential candidate have also been invited to speak.