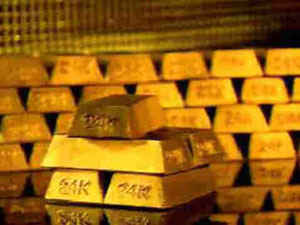 No authoritarian gold confiscation will be attempted by Turkey- rather, the Turkish government would like to confiscate the private gold of its citizens….politely and voluntarily. The WSJ reports that Turkey is attempting to persuade Turks to transfer their personal gold holdings into the Turkish Central Bank for ‘safe keeping’. We’re not talking about an inconsequential stack here, as private gold holdings among Turks is estimated to be in the range of 5,000 tonnes!

From the WSJ: The Turkish government, facing a bloated current-account deficit that threatens to derail the country’s rapid expansion, is trying to persuade Turks to transfer their vast personal holdings of gold into the country’s banking system.

The push to tap into the individual gold reserves—the traditional form of savings here—is part of Ankara’s efforts to reduce a finance gap that is currently about 10% of gross domestic product.

Government officials say the banking regulator will soon publish a plan to boost incentives for consumers to park their household wealth inside the financial system.

How will the Turkish Central Bank attempt to convince Turks to voluntarily relinquish possession of their phyzz you might ask?

The Turkish Central Bank is offering to pay its citizens INTEREST on their gold holdings, and allow easy access to their phyzz through automated gold teller machines.

More From the WSJ: Government officials say the banking regulator will soon publish a plan to boost incentives for consumers to park their household wealth inside the financial system. Banking executives said they are considering new interest-yielding gold-deposit accounts that would allow savers to withdraw gold bars from specially designed automated teller machines.

The moves come after the central bank in November announced that lenders could hold up to 10% of their local-currency reserves in gold, in part to tempt Turkey’s gold hoarders to deposit their jewelry, coins or bullion at banks.

Economists say the policy shift is designed to change Turks’ historic preference for storing a high percentage of personal wealth outside the banking system as a way to protect themselves against the economic volatility that has periodically hit Turkey in recent decades.

The effort is one front in a broader battle to encourage more savings while curbing the ballooning current-account deficit—a pressure point many investors fear could upend a fast-growing economy, estimated to have expanded more than 8% last year. Turkey’s current-account gap has expanded faster than expected in recent weeks amid a surge in oil prices and data showing unexpectedly high consumer demand.

So apparently the Turkish Central Bank is willing to offer interest in order to hold possession of its citizens phyzz. Does that mean gold is no longer a barbaric relic?

The original article can be viewed at http://silverdoctors.blogspot.com/2012/03/turkey-to-attempt-to-transfer-private.html