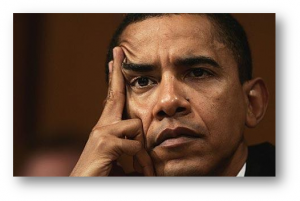 A new government study released Tuesday says that allowing Bush-era tax cuts to expire and a scheduled round of automatic spending cuts to take effect would probably throw the economy into a recession by 2013.

The Congressional Budget Office (CBO), a nonpartisan agency of Congress that produces economic analysis and estimates of the cost of legislation, report says that the economy will shrink by 1.3 percent in the first half of next year if the government is allowed to fall off this so-called “fiscal cliff” on Jan. 1 — and that the higher tax rates and more than $100 billion in automatic cuts to the Pentagon and domestic agencies are kept in place.

There‘s common agreement that lawmakers will act either late this year or early next year to head off the dramatic shift in the government’s financial situation. But if they were left in place, CBO says it would wring hundreds of billions of dollars from the budget deficit that would “represent an additional drag on the weak economic expansion.”

CBO projected that the economy would contract by 1.3 percent in the first half of 2013, which would meet the traditional definition of a recession, which is when the economy shrinks for two consecutive quarters.

“Given the pattern of past recessions as identified by the National Bureau of Economic Research, such a contraction in output in the first half of 2013 would probably be judged to be a recession,” the report states.

As most Blaze readers know, a recession is technically defined as “two economic quarters of negative economic growth,” as The Hill puts it.

The economy would rebound at a 2.3 percent growth rate in the second half of the year, however, under CBO projections.

At issue is the full expiration of two rounds of major tax cuts enacted during the Bush administration and automatic spending cuts on the Pentagon and domestic programs that are scheduled to take effect as punishment for the failure of last year’s deficit “supercommittee” [remember that?] to produce a deficit-cutting agreement last year.

The CBO study came as Capitol Hill is hopelessly gridlocked over spending and taxes with one side accusing the other of economic sabotage. The White House and top Democrats like Senate Majority Leader Harry Reid of Nevada say they will refuse to act on the expiring tax cuts and automatic spending cuts unless Republicans show greater flexibility on raising taxes.

“If Republicans want to walk away from the bipartisan spending cuts agreed to last August, they will have to work with Democrats to replace them with a balanced deficit reduction package that asks millionaires to pay their fair share,” Sen. Reid said in a statement.

Republicans are pressing to deal with the problem now. But they’re not showing any more flexibility on tax increases.

“The president lost his courage, and the country lost its gold-plated triple-A credit rating for the first time,” Boehner wrote. “Since then, the president has been in campaign mode — playing small ball at a time when we need to address big challenges.”

Meanwhile, the White House defends its decision to focus more on things like gay marriage and free contraception and says Congress should simply adopt the president’s budget.

The results of the elections will have a lot to do with the ultimate solution, but several top lawmakers predict the current Congress will punt the issue into 2013 for the newly-elected Congress and whoever occupies the White House to deal with.

“CBO observes that simply extending all of our current tax and spending policies will produce unsustainable deficits and debt, which will also send the economy into decline,” said Rep. Chris Van Hollen, D-Md., the top Democrat on the Budget Committee. “We need to act and we must do so in a balanced way.”

The Associated Press contributed to this report.

The original article was posted at http://www.theblaze.com/stories/fiscal-cliff-cbo-predicts-recession-in-2013-unless-serious-action-taken/