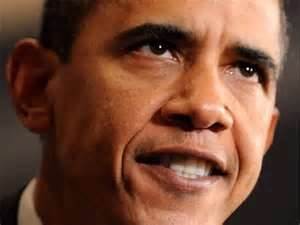 On Monday, renowned author and humanitarian Dr. Jim Garrow made a shocking claim about what we can expect to see in Obama’s second term.

“I have just been informed by a former senior military leader that Obama is using a new “litmus test” in determining who will stay and who must go in his military leaders. Get ready to explode folks. “The new litmus test of leadership in the military is if they will fire on US citizens or not.” Those who will not are being removed.”

So, who is the source?

Garrow replied: “The man who told me this is one of America’s foremost military heroes.”

Understand, this is not coming from Alex Jones or Jesse Ventura, or from anyone else the left often dismisses with great ease.

Garrow is a well-respected activist and has spent much of his life rescuing infant girls from China, babies who would be killed under that country’s one-child policy. He was also nominated for Nobel Peace Prize for his work.

His bio on Amazon.com reads:

Dr. James Garrow is the author of The Pink Pagoda: One Man’s Quest to End Gendercide in China. He has spent over $25 million over the past sixteen years rescuing an estimated 40,000 baby Chinese girls from near-certain death under China’s one-child-per-couple policy by facilitating international adoptions. He is the founder and executive director of the Bethune Institute’s Pink Pagoda schools, private English-immersion schools for Chinese children. Today he runs 168 schools with nearly 6,300 employees.

This comes on the heels of Sunday’s report in the Washington Free Beacon (WFB) that the head of Central Command, Marine Corps Gen. James Mattis is being dismissed by Obama and will leave his post in March.

“Word on the national security street is that General James Mattis is being given the bum’s rush out of his job as commander of Central Command, and is being told to vacate his office several months earlier than planned.”

Did Gen. Mattis refuse to “fire on U.S. citizens?”

This article was originally posted at http://www.examiner.com/article/shock-claim-obama-only-wants-military-leaders-who-will-fire-on-u-s-citizens