Not Louisiana or Texas!

After last week’s horrifying news of tornadoes that swept across the South, killing over 350 people, you had to wonder: Is anywhere in America safe? On the Mid-Atlantic coast, there’s hurricanes, which every year seem to be getting more and more fierce; all across the south, tornadoes; and the West Coast lives under constant threat of a catastrophic earthquake. And enormous tracts of our country face severe droughts.

This astonishing infographic from The New York Times lays all those risks out — and, most remarkably, compares them all against each other. What you get is a map that shows what cities are safest from and which are most threatened by natural disaster. The larger the circle, the more people live there. The redder it is, the more risk of natural disaster. As you can see, Texas and Louisiana are pretty terrible places to set up huge cities, given all the immediate threats.

The data was crunched by Sperling’s Best Places, and it takes into account the infrequency — but greater threat — posed by earthquakes, compared to severe weather.

They also produced this nifty set of heat maps, showing the threats posed by hurricane, earthquake, and tornado:

If anything though, this analysis isn’t quite complete because while earthquakes and tornadoes are scary, maybe the most significant long-term threat to a city’s well-being is drought. You can easily imagine San Francisco rebuilding after an earthquake (because it has). But if, say, Atlanta, saw a 20-year period of low rains, you can bet that the city’s growth would slow and that the city would face an enormous drag on its economy, as a greater and greater share of dollars went to procuring just enough water to get by. 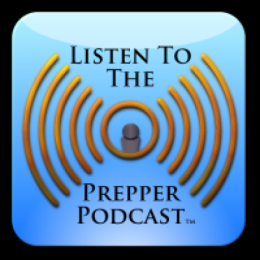