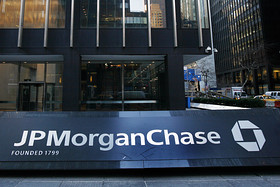 LOS ANGELES (MarketWatch) — Shares of J.P. Morgan Chase & Co. fell Friday evening, with losses accelerating after a ratings downgrade, adding to sharp dayside losses in the wake of the bank’s revelation of a $2 billion trading loss.

Late-traded J.P. Morgan shares fell 0.8% to $36.68 in heavy volume. The losses slightly deepened after Fitch Ratings downgraded its long-term issuer default rating on J.P. Morgan to A+ from AA-, and its short-term IDR to F1 from F1+.

J.P. Morgan’s shares finished the day session down 9.3%, their steepest decline since August after the company said it was facing a $2 billion trading loss related to a failed hedging strategy.

Fitch said it views the size of the loss as manageable. “That said, the magnitude of the loss and ongoing nature of these positions implies a lack of liquidity. It also raises questions regarding JPM’s risk appetite, risk management framework, practices and oversight,” all of which are key credit factors, said Fitch.

The “potential reputational risk and risk governance issues raised at JPM are no longer consistent with an AA- rating,” Fitch said in a statement. 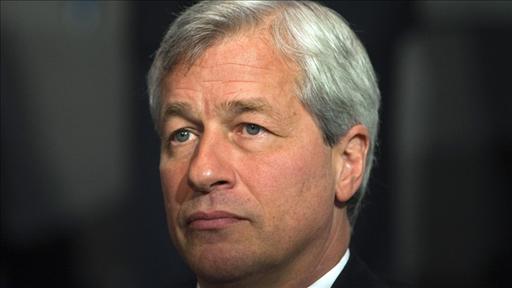 On Mean Street, can J.P. Morgan CEO Jamie Dimon ever regain his hero-like status? Also, what is the single most important rule J.P. Morgan broke? Plus, it’s time to save the Rose Bowl.

Other financial stocks late Friday swung between gains and losses following their dayside declines. Morgan Stanley shares rose 0.2% to $14.98 in evening trade,. Goldman Sachs rose 0.4% to $102.58 while Bank of America  shed 0.4% to $7.52. Read about Friday’s losses among financial stocks.

Carla Mozee is a reporter for MarketWatch, based in Los Angeles.

This article was originally posted at http://www.marketwatch.com/story/jp-morgan-falls-after-hours-bank-downgraded-2012-05-11?link=MW_home_latest_news