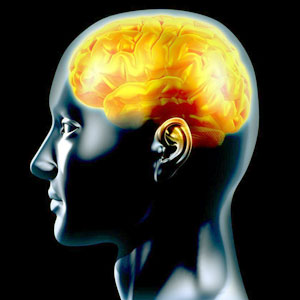 As a professional, I have often come in contact with people in my medical career as well as my personal life that have been diagnosed with some form of mental illness. Fears abound in the general public regarding people “coming off their meds.” Fictional representations are even more disturbing and tend to fuel this fear. As the fear that some have related to psychiatric patients in a SHTF scenario are somewhat disproportionate, I feel it necessary to offer some balance to the subject.

First and foremost, it is important to remember that only a small minority of mentally ill people are dangerous to others. The vast majority of people who have a diagnosed mental illness have mood disorders or anxiety disorders. These disorders can be very difficult for the individual and may require medication or even hospitalization. When hospitalized, these people are typically dangerous only to themselves. That means they may be suicidal or engaging in negative behaviors. Most seek treatment because they do not feel they have a good quality of life. Medications can make symptoms more manageable so that a person can lead a more productive and happier life.

Stopping these medications suddenly may make the person irritable, nervous, depressed or sleepless. Some may have physical symptoms like high blood pressure, heart palpitations, nausea or dizziness. These will pass in a short time. These people will not “go psycho” and start chopping up other people. In a SHTF scenario, these people may not have the inner strength that it takes to survive. Rather than interfere with others, it is more probable that these individuals will simply withdraw and die. A common complaint of depressed patients is that life doesn’t seem to have a purpose and they feel unfulfilled. With survival at stake, it is entirely possible that these individuals may find a purpose and a strength they never knew they possessed.

Other patients have the more serious thought disorders characterized by hallucinations or delusions. Without medication, they are likely to be so far removed from reality that they can’t function. However, depending upon the exact nature and extent of their illness, some could potentially be able to survive and even to thrive. For example, those with severe paranoia may be particularly adept at survival. To reiterate, these people are unlikely to pose a threat to any but their closest associates.

Bipolar Disorder has captured a lot of attention in recent years. This is a disorder characterized by mood swings that are greatly exaggerated from what “normal” people have. The depressed phase is identical to what those with [major depression] experience. (Emphasis added.) The difference is that the manic phase is characterized by elated or angry mood, decreased sleep, increased energy and racing thoughts. Similar to some types of schizophrenia, those with severe mania may hear voices or have delusions, especially of being omnipotent or immortal. Although this disorder is believed to have a genetic component, it is also closely connected to the environment. The fast pace of modern life is believed to be a major contributor to the increase in this problem. Lack of electricity’s artificial sleep cycle combined with decreased stimulation of constant media, computers, music, and et cetera may help to decrease manic episodes. Those with slight to moderate mania can be an asset with their abundance of energy. Individuals who are severely affected with this disorder may be too unaware of risks that may result in death. Those plunged into depression, such as those with regular depression, may lose the will to live. In either phase, the only potential danger to others I could foresee in grid down situation would be that an extremely manic person may inadvertently give away the location of their group to marauders. They may be hard to live with, but unlikely to pose a threat.

Those who are most likely to be a danger to others are the least likely to be found in a psychiatric ward. It is more probable that they will be found in prisons or hospitals for the criminally insane. These are the people who have no conscience, no morals, no respect for life. Their diagnosis may be psycopath, sociopath, anti-social personality disorder, malignant narcissist among others. They can’t be helped by medication or therapy. More importantly, they do not want nor do they feel they need any help. Access to unregulated drugs or alcohol may further incite such individuals to violence. Currently, there are no accurate counts available of how many of these people exist since they are typically without diagnosis until they have been apprehended by law enforcement, charged, and then convicted for some unspeakable crime. Some go to prison while others plead insanity and are remanded to hospitals for the criminally insane. Countless others are cunning enough to hide their true nature and blend in with the rest of humanity. They obey laws only because they fear loss of their freedom. Without legal authority, commonly known in the preparedness community as WROL or “without rule of law,” their true selves will emerge.

We all know we may face danger from dangerous felons who are able to escape when the collapse occurs. They will be no more or less dangerous if they escape prison or a hospital for criminally insane. The other major danger is not the hapless mental patient or the housewife on Prozac; it’s the monsters that have blended in with us until all societal restraints are removed. They will take joy in killing, raping, and otherwise terrorizing anyone they encounter. Many have charismatic personalities and may become leaders of criminal gangs. What makes them most dangerous is that they are rational, logical, even methodical. They are not hampered by mood disturbances, anxieties, phobias or obsessions as are those whom we count among the mentally ill now.

So, do not fear the pathetic schizophrenics who can’t function because of the voices or the chronically depressed. In a world where survival of the fittest is the rule, it is most likely they will not survive. Be forewarned, however:  if you know anyone who seems cruel, sadistic or amoral, be certain to keep them out of your circle. Be prepared for the monsters that live among us to come out of the shadows. There may be only one thing you can do to protect yourself from them.

3 thoughts on “What About Psych Patients When SHTF?”