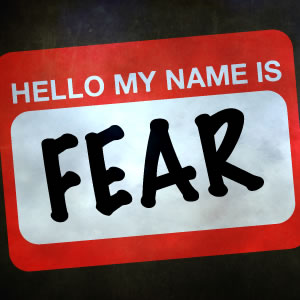 As someone who in the last year has moved from prepper acquisition mode of material goods to prepper acquisition mode of knowledge, one universal thought from the preparedness community has become painfully apparent: When did we all become so afraid? I am certainly not speaking of scary movies, a final exam, or a speech in front of colleagues. What I am referring to here are items of necessity to survival that were virtually the only items taken for granted by our long-dead relatives.

Although I spend what often feels like countless, wasteful hours on Facebook preparedness pages in search of information that will assist in keeping my family alive, I typically “stalk” said pages rather than participate. Why? Of course you would ask because after all, I am a self described harbinger of preparedness prep. The answer is a simple one. So many people have become afraid that they are paralyzed and therefore plunged into helplessness, or so ego-riffic in their fear (“THAT WILL NEVER HAPPEN IN MY LIFETIME”) that they are just as paralyzed into non-learning as the helpless.

What often frustrates me the most is fear of pressure canning. Sure, there will be the occasional failure. Yet so many have become completely terrified of a relatively simple process that has been around since 1810. Yes, 1810! Our technology today compared to that of 19th century is that the guess factor has been removed from the equation from tried and true scientific recipes provided by such sources as Ball (canning jar maker extraordinaire,) and NCHFP (National Center for Home Food Preservation.) We are constantly inundated with such information as botulism reigns supreme in any household kitchen. Botulism (spores that can produce a deadly food borne toxin,) can live on soil and in water. However, the truth is that the nearly all of botulism cases in any given year are related to improperly stored baby food and the consumption of whale blubber, not home canned foods, which is so often blamed for botulism contamination. Follow the directions. Store. Heat. Eat. Live.

These are just a sampling of my favorites. I am sure that you would have heard many of these useless one-liners as well. What is so disturbing about this sense of complacency is really the indicator of dependency. This dependency on some entity or organization is terrifying. Individuals and families are actively, not passively making a choice to leave their fate in the hands of someone else. And this is simply due to some unwarranted fear. Assuming this complacency really means that you believe without doubt that every other entity that exists to be your savior is completely infallible and omnipotent. What I really want to say here is that if your lights go off and stay off, then the lights are going to be off at that imaginary location that is providing the individuals that are supposed to come and save you from your lack of preparedness. You will continue to be dependent on those that show mercy, that is, IF they show mercy. We are all just humans, after all. Savior organization or not.

Considering that our long dead relatives often set out on the open frontier to find adventure, how do we look in the mirror every day and continue to accept dependence? Our great-great grandparents did not have gas stations and interstates to follow and GPS on which to rely. They didn’t have air conditioning and Motel 6. They didn’t have cell phones to call for help and bottled water to drink. They weren’t dependent, they weren’t complacent, and even if they had moments of being afraid of some known or unknown threat such as thieves, war, famine, disease, or wild animals, they weren’t plunged into learned helplessness. Where we as a society take for granted material goods, our Iphone, our laptop or Blackberry, our distant relatives only took for granted their knowledge and their perseverance. They relied on their technology of the day, such as trapping or hunting and preserving their food, sewing, knitting, water purification and the like.

We should take a lesson from our forefather’s rule book of survival: hope for the best, but prepare for the worst. Families relied on tried and true knowledge passed down from previous generations and embraced new ideas, rather than expounding on the foolishness of old techniques and letting fear be their un-motivator. In those days, complacency and dependency all too often would lead to death.

For those who are currently looking down the road to find ways to protect their families, I would offer my own simple thought: instead of letting fear conquer you, use it as your motivator. Use your fear as a motivation to learn. Let fear be your guide. For example, from your preparedness list, select the one concept that creates within you the most fear, and make it your prep challenge for the week or month. If you perform, or often have opportunity to be in front of a lot of people, look at this as the best kind of stage fright. Consider this time, right now, your dress rehearsal. And boy, you better have your lines memorized. The worst time to acquire new knowledge is during a SHTF scenario. It is time to give your best performance ever. Not giving this your best effort NOW may eventually result in death, whether it is your death, or the death of your loved ones.

As a mother, I certainly don’t want to look back and think that I could have, or I should have tried harder to protect my family and that my fear kept me from doing so. The stakes are just too high.