Skip to content
Health & Fitness Mama's Got A Gun 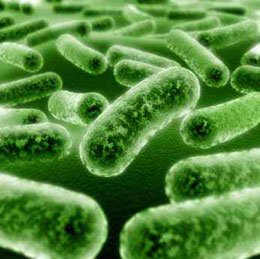 Among the hazards we try to prepare for is epidemic/pandemic disease. I would like to offer a little information from my perspective as a healthcare professional.

First, you must understand a little about how disease spreads. Many diseases are spread chiefly by contact with an infected person or with infected bodily fluids. These are the easiest to protect yourself from by use of gloves and hand washing along with simply avoiding contact. Some examples of these infections are HIV, Hepatitis, Skin infections (fungal or bacterial), Conjunctivitis and many gastrointestinal illnesses.

Others are vector-borne which means that they basically hitchhike on some other host which isn’t sick but will make the next person encountered sick. These are often transmitted by insect bites from mosquitoes or fleas. Well known diseases of this type are Malaria, Lyme Disease, Bubonic Plague and West Nile Virus. The best protection against these are environmental cleanliness to avoid rodent infestations and protection against the bites by using insect repellents.

The method of transmission we are most concerned about is airborne. The virus/bacteria itself may be aerosolized into the air or may be contained in small droplets. These are technically two different routes but are very similar in preventive measures. Common colds and flu are droplet spread while TB is actually airborne. Chickenpox, Smallpox and Measles are airborne diseases which are very easily spread. Other diseases can become airborne. For example when Plague becomes airborne it is often referred to as Pneumonic Plague. Anthrax also has an airborne form. Airborne germs can travel further from the infected person than those that are spread by the larger droplets. Droplets can still be too small to see.

Airborne diseases are most problematic in crowded, poorly ventilated areas. Areas of concern are elevators, airplanes, schools, hospitals (especially ER areas) and crowded offices. Even in these areas, you will be better off further from others who may be exhaling or coughing out pathogens. Frequent handwashing will help. Avoid touching surfaces that may be contaminated. Doorknobs and telephones are frequent sources of infection. Cover your own coughs and sneezes. Cover your face if near someone who seems ill. Even holding a tissue to your mouth/nose or covering with hand helps somewhat. A woman can wear a scarf and use it to cover the mouth and nose area somewhat unobtrusively. Simple medical masks which doctor offices commonly have at the desk are effective for droplet spread diseases like colds and flu. For smaller particles, such as TB, an N95 respirator mask is recommended if you will be in close contact. TB isn’t as easily spread as once believed, but it remains a danger. You may think of it in relation to urban areas but remember that many immigrants who carry the disease are farmworkers.

Areas that are larger, airier like supermarkets and “box” stores are less risky as there is more air to dissipate the germs. During flu season and any other time there is reason to be suspicious, try to shop at less busy times. Avoid standing very close to others while waiting on line. Put the cart between you and turn away if you must be in a line. Wait for a less crowded elevator. Avoid public transportation if you can. Carry hand sanitizer and wipes and use religiously. If you need a doctor, avoid the Emergency Room. When an illness is known to be “going around”, many doctors will treat their regular patients who have symptoms based on a phone call. Try that first. If you must go to the office or clinic, try to maintain some distance. Use a mask. You will help protect others from your illness and at the same time avoid possibly getting another illness while your immunity is low.

As you are exposed to various diseases, especially the viral ones, your body develops antibodies that give you immunity or increased resistance when the same or similar disease is encountered again. As diseases circulate, many who did not actually get sick, or had a very mild resultant illness will develop antibodies from the exposure as well as those who actually have the disease. An immune response developed this way is very strong and usually lifelong. It is this response that vaccines are designed to artificially stimulate. Even in the most optimistic view, vaccine induced immunity is not as strong or lasting as that which occurs from having the disease. One reason that few senior citizens suffered in the H1N1 epidemic a few years ago is that a similar strain had circulated when they were younger and their immune response was still strong enough to fight off the new similar strain.

Although I am not against vaccines, influenza vaccine has been shown to be fairly ineffective. It may be worth considering for a person who has an impaired immune system and is likely to develop complications if they do get the flu. This is, of course, a personal matter. Other vaccines have shown better effectiveness and/or the diseases they are designed to protect against are more serious. It would take far too much space to debate vaccines here. I simply share my personal opinion that there are vaccines that are useful and that people should research and consider.

Keeping your immune system healthy is the key to avoiding disease or, at least, getting a milder, uncomplicated case. Eat well, exercise and maintain approrpiate body weight. Vitamins may be needed. Vitamin C and Zinc are both believed to bolster immunity. New studies are showing that Vitamin D plays an important role in the immune system. Most people who don’t live in the tropics are deficient in Vitamin D. Getting enough rest is also vital. If you are getting that “run down” feeling, pay attention to what your body is telling you. Correct whatever the problem is before you get sick. Maintaining good health and hygiene habits will pay off in better health.