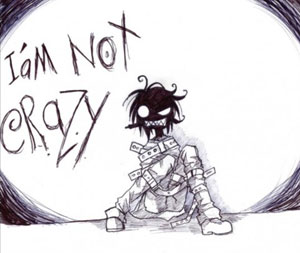 If your first exposure to prepping is through the media, you are probably thinking all preppers are extreme or kooks. I once thought of preppers and survivalists were some kind of crazy Rambo-Grizzly Adams hybrids. At best, I thought they were like Woody Harrelson’s character “Charlie Frost” the doomsday radio DJ in the movie “2012.” I believe you will find, as I did, that the majority of preppers are actually pretty sane, even ordinary.

There are two major details to keep in mind regarding media portrayals. One, ‘ordinary’ doesn’t make for good entertainment. Second, hours of film are shot which are then edited to fit the time frame and entertain the audience. Explanations of the “why” and the “how” are often edited, and sometimes (well, a lot of the time) taken out of context. Try not to place blame on the editors for doing this.

My personal goal, and that of the people who let themselves be filmed, is to educate. Just as many who are far less extreme recognized something in the shows they watched about hoarders and sought help, I hope that some will recognize the value of prepping. If even a handful of people are inspired to give more consideration to their own preparedness, then a worthy goal has been achieved.

Believe it or not, most preppers started small with modest worries. At this time, local and federal agencies are encouraging preparedness. Everyone from FEMA to the CDC is urging people to prepare a 72 hour kit for emergencies. Every part of the world is prone to some type of disruption in daily life. Depending upon where you live, you may be at risk from wildfire, earthquake, tornado, hurricane, blizzard, flood, or other hazard. Some of these disasters may require you to evacuate your home quickly, while others may leave you trapped at home without power or unable to get more supplies.

Rehearsing a preparedness plan will spare you panic, or worse, when an emergency does occur. Having supplies in your home to get by for a few days, if needed, is simply good common sense. An emergency bag on hand and ready to go for each family member will save you valuable minutes if you must evacuate your home in a hurry. I long for the day that everyone will do at least this much. The life you save may be your own, or that of someone you love.

I have discovered that the more I experienced emergencies and considered the consequences, the more it becomes apparent that these basic preparations may not be enough. Frequently, electricity is out for much longer than three days. Some disasters can completely destroy your home. If you look at recent catastrophes this is all too clear. In the last year, we have seen devastating tornadoes, the earthquake, tsunami and nuclear meltdown in Japan, a hurricane headed for major metropolitan areas of the eastern seaboard, wildfires ravaging the Southwest and a freak October snowstorm that left hundreds of thousands in the Northeast without power for over a week. To me, it is the epitome of rational thought to prepare as best we can for these events.

The fears that some preppers express of governmental collapse, martial law or complete end of life as we know it may seem extreme. These fears, however, are typically based in part on events that have actually happened in the past or in other parts of the world. We only have to watch the news to see a country such as Greece where the economy is now collapsing, or Syria, which is currently being ripped apart by internal war. If a pandemic like the 1918 flu happened today, with more population and faster travel, it would be far more devastating. Some wonder, how long can we be so fortunate as to avoid this kind of life changing event? It is a simple question, really: Is it not more advantageous to an individual to be over-equipped than under-prepared?

Hurricane Katrina was a turning point for many of those who have been considering preparedness. We all watched in disgust and dismay as people who trusted authorities and followed directions experienced tragedy. They died waiting for evacuation and those who made it to SuperDome suffered without adequate food, water, or sanitation. There were assaults, rapes, and murders. Looters ran wild while police either abandoned the city or turned on the residents. Patients could not be evacuated from flooded hospitals because the helicopters were being fired upon by gunmen. Authorities seized guns from registered owners leaving the law abiding citizen defenseless. The horrors went on and on.

That this could happen in modern America was unthinkable to most. The people who suffered in the path of the hurricane trusted in the authorities that they believed would direct, protect, and assist them. For many, this was a wakeup call. We realized that we, ordinary people, must take responsibility for our own survival. If any large scale disaster occurs, our government may provide too little, too late. Or worse yet, those we expect to help us may abandon us or turn against us.

Being a prepper is about taking responsibility for ourselves. Some of the catastrophic scenarios you see people preparing for may seem farfetched. What we prepare for is not the important component of the message. The critical concept to assimilate into your daily dialog is that people must take responsibility for themselves. Even in a best case scenario where authorities do come to the rescue, if there are greater numbers of the population who are prepared, the fewer resources the government will have to allocate to rescue us.

We can all take pride in our ability to provide for our loved ones. We can all feel confident in our ability to weather whatever storm may be ahead. These are the values and concerns we “preppers” all share. It will never be “crazy” in any way to want the best outcome for our families no matter what challenges we may face in an uncertain future.