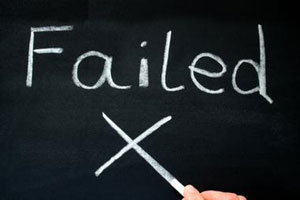 Recently, there has been a disturbing nation-wide trend of parental rights being trampled upon by public school officials, from bag-lunch inspections to electronic bracelets being used to spy on overweight kids.  This week brings another example of complete disregard for parental rights, this time from Grove High School in Delaware County, Oklahoma.

Grove High School transported 699 kids away from school property without first notifying parents of their intent to do so, nor obtaining the parents consent.  Parents were only told, by way of this nondescript robo-call, that there would be a “drill”:

“This call is to inform you that Grove Public Schools will be conducting an emergency exercise on Tuesday, March 27, 2012.  The drill’s purpose is to extend the school’s preparedness in the event of a real emergency.  Please be aware, this is only a drill. Thanks and have a good evening.”

A short article also appeared in the local paper to inform of the drill, but made no mention that kids would be transported away from school grounds.  The Grove Police Chief himself stated that they were trying to “get the word out to parents” about the drill:
“Which ever site it takes place at, there will be a tremendous amount of emergency vehicles and we need to get the word out to parents that this is a drill. The exact location of the drill will be released early that morning. This allows us to better prepare in case of an actual emergency.”

A pair of videos, made by Grandlakenews.com, chronicle the approximately two hour exercise where 14 buses were used to move 699 students and 50 staff members to a regional civic center.  Logistically speaking, moving this many bodies is a considerable task.  That fact notwithstanding, the need to obtain parental consent to transport these students away from school grounds was not even considered by the district.

“No, because, um, if it were a true emergency, you know, we have to evacuate.  Uh, I guess if there’s a parent out there that doesn’t want their child to be prepared and practice for a drill, then they can send in a note and I’d send the child to another campus or something during the drill.”
“We are not taking them out of town, they are going to be on school buses and school property, so no, no I don’t think we have to have parent consent to practice a drill.”

Apparently, this Superintendent believes that because the students remained on the school’s buses (but not on school grounds) that it was not necessary for their parents to know their whereabouts.  To think that this is even remotely acceptable defies comprehension.

Student relocation drills such as this are taking place in many other districts throughout the U.S., but Grove High School (hopefully) appears to be unique in neglecting to inform parents of what it is they are doing.  Parents should never be made by a public school to wonder where their children are.

Jason McNew is an IT professional and a School Board Director.  He can be reached at jasond@mcnew.org.

The original article can be viewed at http://www.americanthinker.com/blog/2012/03/relocating_children.html