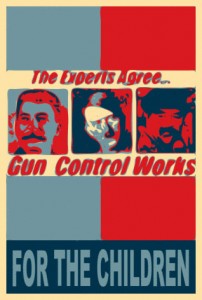 Gov. Andrew M. Cuomo said Thursday that he had started discussions with leaders of the State Legislature about new gun control measures, and that he planned to propose a package of gun legislation in his State of the State address on Jan. 9.

“There’s a big difference of opinion on these issues,” Mr. Cuomo, a Democrat, said in an interview on an Albany radio station.

The New York Assembly, controlled by Democrats, has voted for a number of proposed gun control measures in recent years, only to have the legislation falter in the Senate, which has been controlled by Republicans. (Starting next month, the Senate is to be led by a coalition of Republicans and a breakaway faction of Democrats.)

Mr. Cuomo, speaking on WGDJ-AM, said gun control had not recently been among the most discussed topics in the capital, so he had reached out to lawmakers to gauge where they stood before he made his proposals final.

He added that he was focusing his attention on changing state laws restricting the possession of assault weapons and high-capacity ammunition magazines. The governor described the state’s existing ban on those items as having “more holes than Swiss cheese.”

Mr. Cuomo said it was highly unlikely that lawmakers would reach a deal on new gun laws in the coming days, dismissing as unfounded suggestions that legislators would be called back to Albany as early as this week for a special session devoted to the subject of gun control.

“The only thing that’s going to happen in the next few days is Christmas,” Mr. Cuomo said.

This article was originally posted at http://www.nytimes.com/2012/12/21/nyregion/cuomo-says-he-will-outline-gun-measures-next-month.html

Here’s a fun fact: The Second Amendment was not established to protect hunters’ rights to own hunting rifles and shotguns… it was created to allow for the self-protection of the American people from the grips of a tyrannical government.

“One man with a gun can control 100 without one.” -Vladimir Lenin