Warning: Use of undefined constant REQUEST_URI - assumed 'REQUEST_URI' (this will throw an Error in a future version of PHP) in /homepages/5/d699574795/htdocs/radicalsurvivalism-com/web/wp-content/themes/editorialmag/functions.php on line 73
 Prominent U.S. Scientists Call For Eco-Dictatorship Under UN Rule – Radical Survivalism
Skip to content
Current Events Economics

By Jurriaan Maessen | From BlackListedNews.com | On Thursday, February 21st, 2013 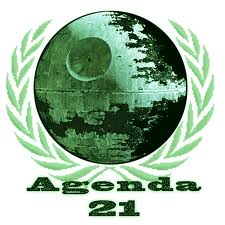 Upcoming Scientific Publication: “(…) governments can and even should move beyond existent levels of public permission in order to shift norms, allowing public sentiment to later catch up with the regulation.”

In a peer-reviewed paper by the American Institute of Biological Sciences titled “Social Norms and Global Environmental Challenges” (available ahead of print), to be published in the march 2013 edition of the Institute’s yearly journal BioScience, a group of well-known scientists calls on government and scientists to start with the planned social engineering of “norms” and “values” in regards to environmental policies. In addition, they propose putting into effect all sorts of environmental fines and regulations in the spirit of Agenda 21 to hasten the social acceptance of increased governmental control. Also, they propose that the scientific community as a whole should align itself with government “through a concerted effort to change personal and social norms”.

The group of scientists involved in the upcoming publication include two Nobel Prize winners, economist Kenneth Arrow and political scientist Elinor Ostrom, as well as behavioral scientists, mathematicians, biologists- not to mention population scientists, the most well-known of whom are Paul Ehrlich and Gretchen C. Daily- whose professional relationship dates back to the Ecoscience days. The authors start out by stating:

“Some have argued that progress on these (global environmental) problems can be made only through a concerted effort to change personal and social norms. They contend that we must, through education and persuasion, ensure that certain behaviors (…) become ingrained as a matter of personal ethics.” Stating that education and persuasion are insufficient to accomplish behavioral changes, they note:

“Substantial numbers of people will have to alter their existing behaviors to address this new class of global environmental problems. Alternative approaches are needed when education and persuasion alone are insufficient. Policy instruments such as penalties, regulations, and incentives may therefore be required to achieve significant behavior modification.”

Proposing that “effective policies (…) are ones that induce both short-term changes in behavior and longer-term changes in social norms”, the collection of prominent scientists assert that “government is uniquely obligated to locate the common good and formulate its policies accordingly.”

The upcoming report however stresses that scientists are given the tools to have a hand in “government policies intended to alter choices and behaviors” such as “active norm management, changing the conditions influencing behaviors, financial interventions, and regulatory measures.”

Each of these policy instruments potentially influences personal and social norms in different ways and through different mechanisms. Each also carries the danger of backfiring, which is often called a boomerang effect in the literature—eroding compliance and reducing the prevalence of the desired behaviors and the social norms that support those behaviors”.

“Eroding compliance”, it is called. Anticipating that an increase in regulatory interventions by government are sure to create resistance among the target population, the scientists express confidence that their recommendations “can be carried out in a way that abides by the principles of representative democracy, including transparency, fairness, and accountability.”

Despite these on-the-surface soothing words, the authors stress that government (and the scientific community) should ultimately “move beyond” public consent when it comes to top-down regulations imposed on the American people:

By admitting they are willing to “move beyond existent levels of public permission” to push ahead with draconian environmental policies, these prominent scientists (among whom we find two Nobel laureates and one Paul Ehrlich) have proven their willingness to deceive the American population for their “environmental” control model. As Aaron Dykes put it while interviewing Lord Christopher Monckton,, the environmental “cause” is nothing more than “an absolute valued pretext for their absolute control model”.

The engineering of public “norms” serves not so much any environmental cause, but another one, namely that environmental policies, even draconian ones, will finally be perceived by the US population as being consistent with their own personal norms.

The way in which government may go about it shifting norms, the scientists argue, is by on the one hand “managing norms” through “such things as advertising campaigns, information blitzes, or appeals from respected figures”. The other aspect involved is the use of financial incentives and disincentives with the aim of conditioning the public to accept an increasing governmental control over personal behavior. The paper continues by saying that the best way to alter existing behaviors is through persuasive government regulations “such as penalties, regulations, and incentives” in order to “achieve significant behavior modification.”

“Fines can (…) be an effective way to alter behavior, in part because they (like social norm management) signal the seriousness with which society treats the issue.”

By extension, the authors express hope that behaviors and values will “coevolve” alongside increased government control in the form of state regulations and “fines”:

“A carbon tax might (…) prove effective even in the face of near-term opposition. What needs to be assessed is the possibility that behaviors and values would coevolve in such a way that a carbon tax—or other policy instrument that raises prices, such as a cap-and-trade system—ultimately comes to be seen as worthy, which would therefore allow for its long-term effectiveness”

In the context of this idea that shifting norms will “coevolve” alongside increased government regulations, the authors state:

“Each of the government interventions can influence both personal and social norms, although they do so through different mechanisms. Only social norm management directly targets norms. Choice architecture, financial instruments, and regulations can all alter social norms by causing people to first change their behaviors and then shift their beliefs to conform to those behaviors.”

In other words: the scientists propose arousing the concept of cognitive dissonance in the minds of people in order to guide the herd towards “proenvironmental” citizenship.

“When it comes to environmental issues”, the scientists write, “two different types of social norms are at play in these dynamics: social norms of conformity or cooperation and proenvironment social norms. Only the first type need be present to induce proenvironment behaviors (although proenvironment personal norms may emerge from this through, e.g., cognitive dissonance, experience, or associating the positive feeling from social approval for an act with the act itself).”

In the upcoming publication the concepts of peer-pressure and cognitive dissonance are being brought into the equation as effective norm-determining factors:

While the authors express their hope that government expands control through all kinds of environmental regulations, they argue that scientists (especially life scientists) should align with big government, join forces in an unrelenting campaign to gradually create changes in behavior so environmental policies will be more easily accepted over the course of some time.

“Life scientists could make fundamental contributions to this agenda through targeted research on the emergence of social norms”, the group asserts.

“(…) many of the empirical studies cited in this article originate in law, psychology, economics, behavioral economics, anthropology, political science, and sociology. We know, for example, that the effective management of any commons requires sensitivity to local conditions, sound monitoring, graduated sanctions, and conflict-resolution mechanisms.”

Who better to guide the sheep towards “good environmental citizenship” than those scientists specialized in social engineering:

“Life scientists have a role to play in this by extending their existing theoretical analyses. To be effective, scholars of all stripes will have to extend their capacity to collaborate with decision- and policymakers in order to ensure realism and relevance.”

The scientists would, in such an environmental dictatorship, also have a monitoring capacity:

“Scientists could (…) effectively examine how combinations of different policy interventions and of the relative timing of deployment play out.”

The paper is concluded with three distinct recommendations to both scientists and governmental agencies:

“(1) the greater inclusion of social and behavioral scientists in periodic environmental policy assessments; (2) the establishment of teams of scholars and policymakers that can assess, on policy-relevant timescales, the short- and long-term efficiency of policy interventions; and (3) the alteration of academic norms to allow more progress on these issues.”

This entire publication is a clear and unmistakable sign that a scientific dictatorship is emerging under the pretext of environmentalism. More government control through regulations and fines combined with a proactive scientific community, brainwashing people into accepting this increasing governmental control where they would otherwise reject it. And guess who should be the coordinating body of this scientific dictatorship, according to the report:

“Teams might be supported by permanent entities that maintain communication with policymakers; these will differ among nations but could be attached to the United Nations and its subsidiary bodies in the international context. One potential model is a national commitment of scientific talent in the service of United Nations agencies.”

The United Nations. Of course!

“These teams could also be charged with anticipating crises and evaluating potential policy responses in advance, since detailed evaluation in the midst of a crisis may be problematic; such emergency preparedness would probably focus on the immediate effects of policies on behaviors rather than on changing social norms, because this is likely to be of greatest relevance in a crisis.”

All this talk of putting the UN behind the steering wheel of American government and the American scientific community points to the coming of age of the dreaded scientific dictatorship, against which many observers have warned us.