By Partisan | from GuerillaAmerica.com | On Wednesday, February 6th, 2013 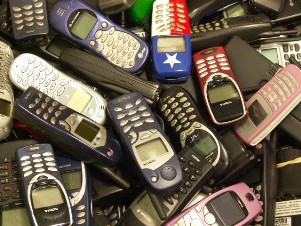 For the uninitiated, COMSEC is military jargon for Communications Security. COMSEC is widely practiced in the military and is becoming more and more important for civilians who have privacy and information they’d like to protect.

I recently made contact with a militia organization in my new state. I was altogether reluctant to join one, and having yet to join one, I still am. I don’t like to detract from militias because I agree with the Framers of the Constitution in that they are necessary to the security of a free State. (I am cautious, however, about what organizations I align myself with. One could invite suspicion or investigation just by being on the muster of a militia or other organization engaged in illegal activities. Those criminal activities, while not characterizing most militias, are well-documented and people have gone to prison for a long time upon conviction. I would not, and I don’t suggest that any reader of this blog belong to an organization involved in criminal activity; resistance to unconstitutional laws being barred.)

I initiated communication on Facebook of all places, albeit through an alternate account. (This violates their TOS but I consider personal privacy well worth the risk, and would recommend that you consider using a “mule” or alternate account. This isn’t to hide what I say from federal authorities – no need – but rather to protect my personal privacy when dealing with complete strangers.) I have serious concerns about security and privacy on Facebook, so I keep things very light and use details very sparingly. I was directed to a “recruiter” with whom I later chatted. Without giving you a play by play, I suggested that he and I meet face to face but he wasn’t very interested. I told him that I would drive down to his location and that he could call me on that day to tell me a specific public meeting place. I know, I know – very over the top for perfectly legal activities. But at the present time and continuing into the future, linking up with strangers may be very dangerous. Just ask the murder or kidnap victims of Craigslist and online dating sites. He ended up giving me his personal cell phone number which was tracked back directly to him using a simple online search. I confirmed some personal and biographical details of this stranger as well. Personally, I was just curious to see who he was.

At this point, I’ll just state the obvious: giving out your personal cell number to strangers isn’t the greatest idea. What I would suggest to him, should he read this blog, and to you, is this:

A few months ago I went to Best Buy and for less than $20 cash purchased two disposable cell phones. They aren’t traceable to me, contain no personal information, have no other contacts (short of calls and text messages), can use numerous SIM cards, and can be traded or thrown away at very little cost to me. I will contact him using this phone. The bonus is that, unlike an iPhone, the battery can be removed, rendering any triangulation of your current location impossible.

As a frequent user of Craigslist and other local classifieds, I never use my own number. You never know what kind of crazy person you might get in contact with, and when they start texting or calling you with inappropriate material or at inappropriate times, you’ll thank yourself.