Why am I not convinced?… 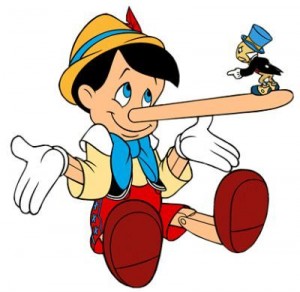 WASHINGTON (AP) — The U.S. is fully capable of defending itself against a North Korean ballistic missile attack, the White House said Thursday, after Pyongyang threatened a pre-emptive nuclear strike on the United States.

The threat from the North Koreans came ahead of a unanimous vote in the U.N. Security Council approving its toughest sanctions yet on the North in response to an atomic test last month.

North Korea has escalated its bellicose statements this week as the tightening of U.N. sanctions loomed. It has also threatened to scrap the cease-fire that ended the 1950-53 Korean War.

“I can tell you that the United States is fully capable of defending against any North Korean ballistic missile attack,” said White House spokesman Jay Carney.

North Korea has now conducted three nuclear tests. In the past year, it has made strides toward its goal of having a nuclear weapon that could threaten the U.S. although experts doubt it yet has the capability to hit the U.S. with a ballistic missile or miniaturize a nuclear device to mount on such a missile.

However, the North possesses hundreds of shorter-range missiles that could hit U.S. bases in Japan and South Korea, said Victor Cha, Korea chair at the Center for Strategic and International Studies think tank.

It is difficult to know how capable U.S. missile defense is, should it be required.

Carney alluded to the development of U.S. system designed to defend against long-range missiles. He said the U.S. is on a “good trajectory” after success in its return to testing of the Ground-Based Interceptor.

David Wright at the Union of Concerned Scientists said that system, deployed in the U.S., was initiated by the George W. Bush administration because of concern about the North Korean threat. Some of its previous tests of the system failed, and Wright said it is still in development.

In East Asia, the U.S. has deployed the land-based Patriot system and the sea-based Aegis systems, which are designed to intercept shorter-range missiles.

The top U.S. envoy on North Korea, Glyn Davies, cautioned Pyongyang not to miscalculate, saying the U.S. will take necessary steps to defend itself and its allies, including South Korea, where it bases nearly 30,000 U.S. forces.

“We take all North Korean threats seriously enough to ensure that we have the correct defense posture to deal with any contingencies that might arise,” Davies told reporters after testifying before the Senate Foreign Relations Committee.

Thursday’s statement out of Pyongyang appeared to be the most specific open threat of a nuclear strike by any country against another, but the Senate panel’s chairman, Sen. Robert Menendez, D-N.J., said the threat was “absurd” and one that if carried out would be suicide for North Korea.

Davies reiterated that the U.S. will not accept North Korea as a nuclear-armed state – although after conducting three nuclear tests it is already assumed to be capable of making at least a crude atomic bomb.

Davies, however, faced Republican skepticism about the effectiveness of Obama administration policy toward North Korea. In December, the North conducted its first successful launch of a three-stage, long-range rocket. Its Feb. 12 nuclear test could help it miniaturize a warhead.

The Foreign Relations Committee’s top Republican, Sen. Bob Corker of Tennessee, drew a comparison to U.S. policy on Iran, where the U.S. has warned it could resort to military action to prevent Tehran from acquiring a nuclear weapon.

North Korea is “equally nutty” and with a worse human rights record, and “way past any red line we would accept in Iran,” he said.

Corker concluded that Davies’ hope that the dual-track U.S. policy of pressure and engagement would eventually work in getting Pyongyang to change its ways was a “highly aspirational statement that does not seem to be based on reality.”

Sen. Marco Rubio, R-Fla., also drew a comparison with Iran and said he did not believe North Korea’s leader, Kim Jong Un, could be persuaded to disarm. The best the U.S. could hope for was to delay the development of the North’s weapons and its ability to strike the West, he said.

“They’re convinced the only way they are ever going to accomplish what they want is by having a nuclear program and being able to hold the world hostage with it,” Rubio told the hearing.

He also foresaw a danger of nuclear proliferation in Asia – to date alleviated through the “nuclear umbrella” security guarantee the U.S. provides to both South Korea and Japan, which do not have atomic weapons.

The new U.N. sanctions, which were drafted by the U.S. and the North’s chief ally and benefactor, China, should make it more difficult for Pyongyang to finance and obtain material for its nuclear and ballistic missile programs, and for the reclusive nation’s ruling elite to acquire luxury goods.

Davies said the growing international condemnation of North Korea’s actions and the new U.N. sanctions showed “the world is beginning to wake up” to the problem the North poses. But he said for diplomacy to work, China has to “step up and play its full role in bringing home to Pyongyang the choices it faces.”

U.S. lawmakers remain skeptical of Beijing’s commitment to implementing the sanctions, which will be critical for their effectiveness since most of the companies and banks that North Korea is believed to work with are based in China.

Three individuals who were added Thursday to the U.N. sanctions list – including top officials at a company that is North Korea’s primary arms dealer and main exporter of ballistic missile-related equipment – were also quickly added to a U.S. Treasury blacklist. Two other new entities on the U.N. list are already sanctioned by Washington.

If all methods to ensure the safety of the country that were mentioned are “still under development” how can the U.S. currently defend against an attack from North Korea? -Ed.