Report: “Intelligence Says There Will Be An Attack on American Soil” 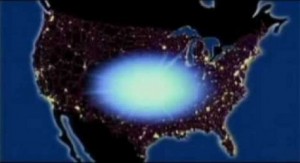 “Tensions on the Korean Peninsula are heating up, with rhetoric from the North Koreans suggesting that an attack of some kind is being planned. This isn’t the first time the North Koreans have made threats against western powers and their southern neighbor, but the level of American response is unprecedented. The United States and our allies have re-positioned Naval battle groups, deployed Aegis missile defense systems, and a host of other technology to counter-act any potential threat…”