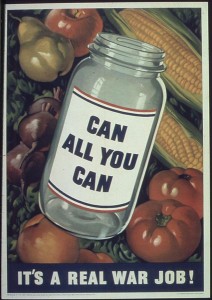 Some days I feel like Noah. For the past five years I’ve been preparing for something that’s never happened before. The world is about to end. In the beginning people looked at me and laughed, then they went back to the important questions in life such as:

Who has the hottest bikini bod in Hollywood?

How did Carrie Underwood fall on stage and hurt her foot?

What did Khloe Kardashian eat for breakfast?

Is it fair for me to say we live in a shallow country? I dare say if America knew for sure the world was ending at 5PM Eastern Standard Time tomorrow, most people would be saying things like:

“But the world can’t end tomorrow! I have nothing to wear!

“Where is it happening? I need to film this and get it on YouTube.”

And, of course, our fearless and clueless leaders would all join hands in a circle around the Washington Monument and sing all known verses of Kumbaya while Barack Obama fiddled in their midst as America burned.

Okay, so that’s a worst-case scenario. Or is it? Syria and the Middle East is about to burst into flames. Russia and China are reconsidering the US dollar as the world reserve currency. The planet’s climate is warming to apocalyptic levels. No, I mean cooling. Wait, it’s warming again – or something like that. (Let’s just agree that it’s changing.)

And then there’s global pandemic, jihadi’s trying to bring down western civilization, seventeen trillion dollars of debt, power-grid failure, rampant immorality of Sodom-like proportions, global famine, super volcanoes, asteroid impact, giant solar flares, nuclear annihilation, reversal of the earth’s magnetic field, alien invasion, plants self-actualizing en masse and taking over the world, the Stay-Puft marshmallow man cloning himself three times and riding into town as the four horsemen of the apocalypse. Hey, don’t make fun of me. It could happen! Or not.

Perhaps I’m getting carried away now, but it is fun to speculate as we await global disaster. Truth be told, fewer people make fun of me now than ever before. In fact, more and more people are asking me how to get started in preparing for the coming of doomsday. I always refer them to James Wesley Rawles classic book How to Survive the End of the World as We Know It. There’s just no sense re-inventing the wheel.

This is harvest time for me, so I’m exhausted by definition as I stay up to all hours of the early morning canning, drying and freezing food. Just last week someone gave me apples and grapes, so I pulled out my trusty Power Juicer Ten Thousand (who says you can’t put a Corvette engine in a juice machine?) and went to work. I had those bad boys juiced and canned in no time flat. Okay, so the dog got too close and was sucked into the vortex. Around my house we call that protein. Besides, she shouldn’t have been standing so close to the blades. I’ll buy a new dog down at the Korean market next week.

Next week we’ll slice and dry turnips and can beets. In a few weeks it’ll be the early doe season, so I’ll go out and play whack-a-deer with my shotgun. The freezer is almost full so I’ll pressure cook Bambi into a fall-off-the-bones mixture and pack him in quart jars with some salt, pepper and garlic. In short, if it’s not nailed down it gets juiced. If it doesn’t move, I can it in quart jars. I pressure-cook the vertebrates and dehydrate all plant life. (I just love it when a “plant” comes together.)

Now, where was I? Oh yes, the world is about to end and you need to prepare for it. Over the next few weeks I’ll be writing about prepping. In particular I’ll be answering the question: What are the mistakes and weaknesses in your prepping plan and how do you fix them? Let’s face it, it’s impossible to be completely prepared for global disaster because there are just way too many apocalyptic scenarios out there. Never before in the history of the world have there been this many ways to destroy civilization as we know it.

I have to be honest with you. I find preparing for the end of the world as we know it to be a very exciting exercise. I love it! The way I see it we’re all going to die anyway, so we might as well go out with a bang, or a whimper (TS Elliot).

Perhaps that’s why I write apocalyptic novels. It gives me a way to experience and prepare for the pending disasters. It’s just good, clean fun for the whole family! While you’re waiting for next week’s first installment on how to find the mistakes and weaknesses in your prepping plan, do your homework. Go to Amazon and check out the apocalyptic novel The God Virus. I don’t recall the author’s name right now. Who was it? Oh! That’s right. His name is Skip Coryell. (Insert shameless act of self-promotion here.) In this novel I chose total power grid failure as my apocalypse. I’m sorry, but it’s just fun to destroy the world on paper, I mean eBook. Some people prefer to write the world the way it is. I choose to write the world the way it should be.

See you next week. (Unless the world ends.)