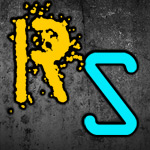 Earlier this year, a friend of mine told me about a $ off coupon available from Ball for their Canning Discovery Kit. As I had been curious about canning for some time, but not really motivated to actually do it, I thought this would be a simple and low cost way to give canning a shot. The kit comes with everything you need (minus the food) to do a small batch of one of the  interesting recipes in the instruction booklet. You only need a reasonably large size stock pot. As I purchased this kit at a low price, if the kit ended up in the cupboard, gifted, or donated to a charity, it wouldn’t result in guilt from investing in a hobby I had little interest in.

My veggies sat in the fridge for a couple of days until I guilted myself into not letting the food going to waste. The veggies were unfortunately store bought as I am currently staring down the barrel at the high stress eat-o-rama called Thanksgiving, and the locals, the road side farmers markets, have all closed up shop for the year.

Generally, I enjoy my time in the kitchen, cutting, chopping, stirring, and preparing some interesting new delicious dish for my family. But, and there is a “but!” I have never peeled a tomato in my life. Also, store bought tomatoes have been altered (euww, I know) to withstand bruising and to have longer shelf life. So there is less available flesh for consuming. I believe the entire process of scalding the tomatoes to loosen the skin, the coring, and the chopping took an hour. I was never so sick of doing anything for sixty minutes as I was at that moment. (Disclaimer: for all of you experienced canners out there, yes, I have already been told-“wait until you do 96 quarts!”)

Carefully following the directions, because I never really consider failure as an option, I safely had my three jars boiling on the stove.  Twenty five minutes later, I was amazed that so much work could result in what appeared to be such a simple result. Where I come from, lots of work typically results in a bigger results. To see the recipe I used click here.

Honestly, this is my first attempt. I have never been involved in or assisted someone with canning before. I have never heard the sound of lids ‘safely’ popping into place that I have heard so many other experienced canners speak of. Since we are a family who loves the nutrition as well as the convenience of freeze dried foods, canning food was more of an afterthought, something I thought I might try on a whim, rather than something that would provide greater meaning.

I took a moment’s pause, staring at those three finished jars. As a person who lives, breathes, and eats preparedness, I realized something I had never expected: that by attempting to learn a simple skill passed down from earlier generations, I was on the path to attaining another level of sustainability.

To become more self reliant is a typical, if not often stated goal of those who engage in the spirit of preparedness. By way of self schooling in survival of varied types, we all begin to define ourselves as those who not passively, but  actively participate in a journey of personal readiness. Personal journeys need not last a lifetime. Sometimes, personal journeys are savored in 2 hour stay-cations in front of the stove, cutting and chopping piles of food like you are the head sushi chef at the local hibachi grill.

When looking forward, as we so often do, we should remind ourselves of this one tiny thought: to quell apprehensions of a future unknown, we only need to look back. Back to generations past and the simplicity of every day activities that were tightly interwoven with delicate threads of survival.