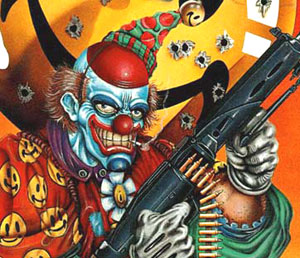 Last week, Reuters’ Jim Forsyth published an article titled “Subculture of Americans Prepares For Civilization’s Collapse” (http://www.reuters.com/article/2012/01/21/us-usa-civilization-collapse-idUSTRE80K0LA20120121) which it seems was intended to shed some light on the motivations of families and individuals who are taking the initiative to become more prepared when a natural or man-made disaster strikes.

My initial thought when reading the title was how nice it would be to finally have the concept of families becoming more self-reliant and less frightened of the idea that bad things sometimes do happen, brought to light via main-stream media. Then more questions came to mind. Why did they use the word subculture in describing preppers? Why did they only mention “civilization’s collapse” in the title when in reality, many of those who prepare for a disaster do so because of highly publicized real-world events such as floods, hurricanes, earthquakes, and tornadoes? Odd indeed.

So, as I began to read, I quickly realized this was not written to open the eyes of those who are unaware of the multitude of potentially devastating global events that could occur in a moment’s notice. This was not about how to become a survivor in the event disaster rears its ugly head in the reader’s community. This was a literary episode of the Jenny Jones show, portraying preparedness-minded families a bit like circus performers sporting big red noses and wearing over-sized clown shoes.

In an attempt to elaborate on the origin of disaster preparedness, Forsyth asserts that, “They [preppers] are following in the footsteps of hippies in the 1960s who set up communes to separate themselves from what they saw as a materialistic society…” While there may be some truth in the idea that the preparedness-minded do think modern society has become blatantly materialistic (it clearly has), that is about the extent of reasonable comparisons between hippies and the vast majority of preppers. Sorry Jim, you missed the mark on this one. Besides, as a prepper myself,  I’d prefer a society that can better withstand the hardships brought forth when an occasional disaster strikes, and bid a fond farewell to the communist & socialist ideologies held in such high regard by our various elected officials and youthful Occupiers.

What Mr. Forsyth either doesn’t seem to understand, or does not care to share with the reader, is that disaster preparedness is about self-reliance, family, community, and taking on some personal responsibility in the modern world. The alternative is essentially to turn a blind eye to reality or just be lazy. Well I have some bad news; the clueless and shiftless have always been, and will continue to be, victims as opposed to survivors, in the event they experience a catastrophic natural or man-made disaster. One only needs to turn to history to see the overwhelming evidence of this reality.

The article goes on to quote former Army intelligence officer, turned disaster preparedness author James Wesley Rawles, who has written fiction and non-fiction books on end-of-civilization topics, including “How to Survive the End of the World as We Know It.” While the quotes are quite relevant to the topic, Forsyth again manages to insult the readership by stating that the Rawles book mentioned above “is also known as the preppers’ Bible.” No, Mr. Forsyth, actually it’s not. It’s a good book, but, there is another that many preppers would refer to as the Bible… That would be The Bible.

It would be wonderful to live to see the day mainstream media finally relays an accurate message describing what preppers are all about; family, traditional values, personal responsibility, and government that answers to its people, just to name a few. But, after reading this article, I think we’ll have to wait a little longer for an accurate, positive portrayal of who we actually are.