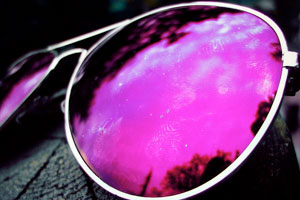 I find some of the ideas people have of a post-SHTF world as an idyllic pastoral life quite worrisome. Although basically an optimist myself, I am also a realist. While I do believe that a rebuilding of society will occur once the worst is over, I do not have any illusions about how bad it can get first. At best it will take many months to reach the point of restoring civilization. Depending upon exactly what happens, it may take a decade or more to reach that point. We must not deceive ourselves about this.

The thought really hit home with me tonight after reading a guest post on another blog regarding WSHTF birth control and the comments that followed. Many of the commenters negated the author’s intent to get women thinking of this subject and extolled the virtues of large families working together in agricultural settings. They envision a world like “The Waltons” meets “Little House on the Prairie.” They sound like historical revisionists who likely believe in the portrayal of happy slaves singing while they worked the plantations of their beloved masters. One said WSHTF, he will head off to the nearest ER to volunteer. What will he do when he discovers it no longer exists?

Primitive rural life is no picnic. If you think it is, read historical narratives or journals. Look around an old cemetary at all the children’s tombstones, many whose birth and death dates are the same. Many are next to that of a mother who died the same day. Theirs was not an easy life.

More to the point, it could take years before we even reach the point of a colonial type society again. In the meantime, the Stuff will be continually Hitting the Fan. No matter what the precipitating event, we will likely deal for at least some time, with a world Without Rule Of Law. Survival will be of the fittest, smartest, best prepared. Any region plunged into insurrection and war is extremely dangerous. The same people who will kill now for a pair of sneakers will be out there wanting what you have. There are a good many people who plan to survive by stealing and looting. The world will always be filled with those who will destroy what others have just for fun.

One of the worst things that happens in WROL situations is rape. Rape of old women, young women, children and even men occur during war. Developing self defense skills now, with and without weapons, are vital to avoiding this. Man’s inhumanity to man (and woman) knows no boundaries. Be certain that if you fail to learn and practice defensive skills, you will be the victim of rape, torture, and murder. If others are depending upon you, your lack of ability to protect them may lead to a horrific fate for them. Every member of a group or family must learn defensive skills suited to their abilities.

Yes, I am storing seeds and tools in hope of ensuring my long term survival. However, I don’t look forward to what lies ahead. IF I make it through the WROL stage, life will still be no paradise. Hard work, probable malnutrition, lack of advanced medical care and resurgence of diseases that have disappeared from the developed world will all be challenges to be overcome. The male population is usually greatly reduced by war. Without proper care and nutrition, more women die from childbirth. Infant and child mortality increase, for they are the most vulnerable. More primitive, rural societies have more children because a smaller percentage will survive to adulthood. True, if all survive and their land is able to sustain them, there may be large happy families. But, this sort of pretty picture is unlikely for quite some time after SHTF.

So, do yourself and everyone who depends upon you a huge favor and take off the rose-colored glasses. Once SHTF, life is going to be hard and dangerous for quite some time. Those who think that they will have their big happy family farming their nice little country acreage without nasty constraints of big government and the evils of modern life will be in for a terrible surprise. This is not going to be like somebody hit the reset button and magically transported us back to a (romaticized) simpler time. This will be the remnants of humanity pulling themselves upward from near annhilation. We will have to be prepared to fight and claw our way to a new life. Many will die trying. If you are not realistic, you will surely be one of them.