At some point, the spectacle America is now calling a presidential campaign will turn away from comedy and start focusing on things that really matter—such as the “fiscal cliff” our federal government is rapidly approaching.

The what? A cliff is something from which you don’t want to fall. But as I’ll explain shortly, a number of decisions to kick the budgetary can down the road have conspired to place a remarkably large fiscal contraction on the calendar for January 2013—unless Congress takes action to avoid it.

Well, that gives Congress plenty of time, right? Yes. But if you’re like me, the phrase “unless Congress takes action” sends a chill down your spine—especially since the cliff came about because of Congress’s past inability to agree.

Remember the political donnybrook we had last month over extending the Bush tax cuts, the two-point reduction in the payroll tax, and long-term unemployment benefits? That debate was an echo of the even bigger donnybrook our elected representatives had just two months earlier—and which they “solved” at the last moment by kicking the can two months down the road. And that one, you may recall, came about because they were unable to reach agreement on these matters in December 2010. At that time, President Obama and the Republicans kicked one can down the road 12 months (the payroll tax) and another 24 months (the Bush tax cuts).

The result of all this can kicking is that Congress must make all those decisions by January 2013—or defer them yet again. If the House and Senate don’t act in time, a list of things will happen that are anathema either to Republicans or Democrats or both. The Bush tax cuts will expire. The temporary payroll tax cut will end. Unemployment benefits will be severely curtailed. And all on Jan. 1, 2013. Happy New Year! 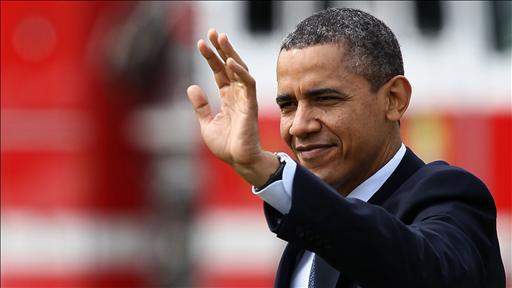 In a re-election year, the U.S. president is making the world and all its troubles…vanish.

There’s more. As part of the deal ending the acrimonious debate over raising the national debt ceiling last August, the president and Congress created the bipartisan Joint Select Committee on Deficit Reduction, commonly known as the “super committee.” It was charged with finding ways to trim at least $1.5 trillion from projected deficits over 10 years. Mindful that the committee might not prove to be that super, Congress stipulated that formulaic spending cuts of $1.2 trillion would kick in automatically if the committee failed.

Sure enough, it failed. So those automatic cuts are headed our way starting Jan. 15, 2013. To make this would-be sword of Damocles more frightening, the formula Congress adopted aimed half the cuts straight at the Pentagon. 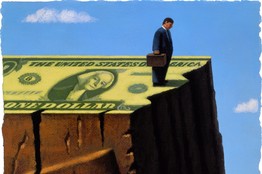 Now, you don’t really believe the defense budget will be cut that much, do you? Probably the rest won’t happen, either. But if it all did, the resulting fiscal contraction—consisting of both tax increases and spending cuts—would be in the neighborhood of 3.5% of gross domestic product, depending on exactly how you count certain items, all at once. That’s a big fiscal hit, roughly as big as what a number of European countries are trying to do right now, though with limited success and with notable collateral damage to their economies. An abrupt fiscal contraction of 3.5% of GDP would be a disaster for the United States, highly likely to stifle the recovery.

At this point, you are probably thinking: Well, of course Congress will find ways to wriggle out of its self-imposed budgetary corset. I agree. But the invisible hand won’t do it; someone needs to figure out how.

It is next to certain that nothing will be done about the fiscal cliff during the election season. In fact, some Republicans are now threatening to renege on the spending cap for fiscal year 2013 that they agreed to last summer. In the absence of progress between now and Election Day, Congress will have about eight weeks left—including Sundays, Thanksgiving, Christmas and New Year’s Eve—to either (a) find a solution to the long-running fiscal battle or (b) kick the can down the road again.

Bet on (b). Also bet that the agreement will come just before the bubbly flows on New Year’s Eve. An outcome like that is far more likely than falling off the fiscal cliff. But my point is that finding a clever way to kick the can down the road again is becoming a bigger and bigger challenge. And Congress has barely coped with previous such challenges.

Fast forward to December 2012. The lame duck Congress will have on its plate all the issues it had to deal with in the December 2010, August 2011, December 2011, and February 2012 budget battles, plus the automatic cuts mandated by the failure of the super committee, plus the legacy of whatever claims and promises are made during the campaign. We may also be bumping up against the national debt ceiling again. And who will have to sort it all out? A Congress whose days are numbered and whose complexion may have been altered dramatically by the election.

The current betting odds say that President Obama will be re-elected in November, with Republicans controlling both the House and the Senate. Does anyone think a mix like that will be less contentious than the one we have now? And does anyone think that Republicans, seeing control of both houses of Congress on the horizon, will be more compromising in the lame duck than they have been in the recent past?

In sum, while we probably will not fall off the fiscal cliff in January 2013, there are ample opportunities for stumbles and slips between now and then. So wouldn’t it be nice if the two parties engaged on this issue prior to Election Day?

Mr. Blinder, a professor of economics and public affairs at Princeton University, is a former vice chairman of the Federal Reserve.

A version of this article appeared March 19, 2012, on page A17 in some U.S. editions of The Wall Street Journal, with the headline: The U.S. Cruises Toward a 2013 Fiscal Cliff.