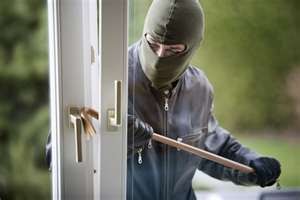 Spring’s coming! While you prepare for another round of gardening and landscaping to feed your family and be more self-reliant, here’s a few insights to consider that will help you boost your security at the same time.

Hopefully, you’re going to plant edibles and homeopathic remedies rather than just fostering a pretty lawn for football. While you do so, though, here’s some multipurpose landscaping tips that will boost your security at the same time.

Please note that for this post, I’ve purposely omitted some of the more clearly-advantageous setups like standard fences and tripwires for trespasser detection since they may not serve any landscaping purpose other than security. That doesn’t mean they’re not essential, of course. These multipurpose landscaping tips are meant to assist the effectiveness of your home security plan, not to be your whole home security plan by any stretch of the imagination.

If nobody can approach your home unseen or hide in its nearby shadows, then your home is less attractive to thieves and it’s absolutely easier to defend your home and avoid being surprised. A good 30 to 50 feet of clearance is desirable, and that’ll help you defend your home against fire as well.

Strategically place these monolithic, decorative pots and you’ll be sure to stop or at least slow most vehicles. Alternatively, you could create foot-high concrete-based flower beds that will also stop vehicles while offering even less concealment value to intruders.

Deep ditches with steep walls can also stop vehicles, but properly used serve to route excess water around your property. You could also put one directly around your home, which would make the climb into a window more difficult for possible intruders and give you firefight coverage. Just make sure you don’t create a solution where someone could be hiding out right by your front door as you approach it.

Whether done around the perimeter of your property or just right around your home, a steep trench can also give you the medieval joy of filling a moat around your house if a wildfire springs up in your area. Just remember than the fighting lads in the World Wars took cover in trenches for a reason, so don’t prefabricate an excellent defensive position for your potential enemies.

Hedges are an ancient, proven, and aesthetic barrier that definitely slows and perhaps even harms those who attempt to go through them. These could be done around the perimeter of the property and also along vital access routes so that all those who enter don’t have an easy way to approach from an unexpected angle. For example, instead of having easy approach to your house from all four directions, you could use hedges to block off two of them (you’d never want to block off all but one, obviously).

Relatedly, trees shouldn’t be immediately around the house in such a way that they can be used to readily gain access to the upper stories.

A lot of folks don’t recommend having a thorny hedge around the perimeter of your property because it provides concealment for intruders, but that also depends on your position. For example, if the hedge is at lower elevation than your home it provides less concealment; if higher it provides more. If the edge of your property is significantly distant from your house, then this argument also carries little weight.

If you’re currently separating zones of productivity, like your animals from your garden, using regular fences, you should really read this article to see the many advantages of using a “living fence” instead:
Living Fences: How-To, Advantages and Tips

Possible candidates for defensive hedges include:

I omitted the buckthorn from the above because I’m not aware of any dual usage for it.

If you’re in a drought-prone region, cacti such as prickly pear (which produces edible fruit) are an excellent choice that can be made into barrier walls.

I omitted acanthus and pampas grass from the above because I’m not aware of any dual usage for them.

Most attempts to secretively approach a property make use of unlit or ill-lit places. You can use this to your advantage; it doesn’t necessarily mean flooding the whole property with light. Instead, make heaviest usage of your most threatening thorny bushes and cacti in spots you specifically light less than other spots, to encourage possible trespassers to attempt to access the property that way. So, well-light the ill-defended areas and leave the flesh-shredding vegetation poorly lit for people who would choose to walk through them at night without a flashlight.

The angle of your lighting is also important. If you position your lights to beam outward from your home, you’ll effectively see intruders who will themselves be blinded by the lights. If you use the standard porch-light, though, you’ll be illuminating yourself and shrouding everything else around you in darkness.

You should also remember to keep as many of your exterior lights on separate circuits as possible. Tricking them out with motion sensors and timers are cheap ways to make them even more effective. Also, you probably want to use yellow halogen or sodium vapor bulbs to minimize bug swarming around your house.

Gravel is an excellent way to force people and animals to make noise as they approach. Paving all the access points may make it easier on your tires, but gravel is fairly affordable, can be attractive, and sure does crunch. If you’re not going to put something painful under your windows, gravel at least makes approach noisier.

On warm nights, let the dogs sleep outside. Right by an entryway, where someone would have to pass the sniff test.

Obviously, beehives provide both security and food. Vigorous bee activity may by itself scare off some possible intruders, and you could always rig the hives to be collapsible from a distance in case you wanted a swarm on call. Talk about a nice Swiss Family Robinson style surprise.

Bodies of water, if deep enough, are an obvious benefit in delaying or stopping both vehicular and foot traffic. Another possible pleasant benefit of a standing pond or pool is your insurance company may lower your fire coverage if the firemen have a readily available source of water near your home. Between the two, a pond is obviously preferable for a prepper since it can support a fish population.

Unfortunately, though, standing water is also a great way to breed mosquitos and other unpleasant insect populations. People sometimes say the fish will eat the bugs – and that’s true, but they won’t get all of them.

Home security is a very large topic, but here’s a few ideas for things exclusively in that area that you can do fairly cheaply:

This article was originally posted at http://schemabyte.com/10-multipurpose-landscaping-elements-that-boost-security/