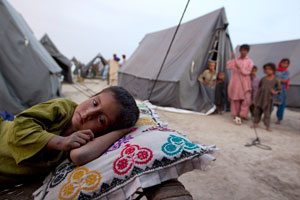 As we travel farther down the road of technology, we move farther apart as a society. I became painfully aware of this the day I first witnessed minivans on the interstate with small televisions embedded on the back of every headrest. Each miniature screen displayed a different movie or program. The family was sharing space with one another, but yet were all plugged into separate types of technology instead of sharing that time to interact with each other.

As a child, my family travels (and there were many) all involved family time and togetherness. Technology, as miniscule as it were at the time, was left at home. No television, no video games, no phones. At the risk of being called a nerd, (and I have been) I will reveal that during travel times, we sang songs, played “I-spy,” verbally wrote one act plays, practiced joke telling, and simply conversed. At our destination, we played Frisbee, went hiking, swam together, and sat around a campfire. This may sound idyllic at best, but this was the foundation for my learning the meaning of community.

Community rules and expectations are typically fairly easy to comprehend, and are often implied. There are certain by-laws that a community member is expected to adhere to, or some type of punishment could be meted out. As a child, I was expected to clean my room and clean my plate. As I grew older, my responsibilities increased.

Just like in public life, the same will hold true for certain types of online communities. A group (or group leader) sets down the rules and expectations, and participants are expected to abide by them. Some issues that have set requirements or rules in an online forum may be due to a legal aspect, such as stalking or ethical reasons such as violating confidentiality.

As groups or communities are not static, often the rules fluctuate to suit the needs of the group. It is imperative that participants follow the rules or expectations, or negative consequences may and often do occur. Probably the most important part of this aspect is that participants in online communities have the option to no longer participate if the group rules no longer suit their own set of expectations.

Currently, in public, we all adhere to certain rules and expectations such as not yelling “fire” in a movie theater, reporting to our job on time, not speeding, or we can usually expect some type of negative consequence. In online communities, a negative consequence may be more difficult to enforce, but yet one risks the ire of the other group participants. Rejection of a personal nature may occur such as requesting other members to not have interaction with the one who chooses not to follow the rules.

In a world-without-services scenario, communities will most likely form at some point. Rules and expectations will be abound; playing the game of life will suddenly become much more important. In newly formed communities, the rules and expectations will often change to suit the needs of the group. As more people are added to a community, or the group dwindles, laws could vary immensely. Participants will have expectations placed on them, or will most likely face a negative consequence.

It will be virtually impossible to expect that any group will accept, without question, any person or persons to enter the community and be allowed to change all of the rules and expectations without any sort of negative reaction. In other words, people won’t be allowed to show up and just change or bend the rules to suit themselves.

Rules of the group in a grid-down situation may or may not follow that of current state and federal laws. The group will adopt laws and/or rules that will benefit and protect those within the group. This may be distasteful to some, yet welcomed by others. The expectation here is that regardless of newcomers’ desires, they will assimilate to protect the greater good of all.

The darker side to all of this is the simple observation. As technology continually drives us humans farther away from each other, it is apparent that the art of communication and assimilation is waning, even as we supposedly progress. The more time we spend looking at technology, the less time we spend looking at another human face. How can we expect to come together in a community when we have spent hours, weeks, and months or longer engaged in an artificial way of life interaction?

Online communities make it easy to hide our true selves from the outside world. Consequently, the responsibility of maintaining friendly relationships becomes secondary. We can answer that email, text, or DM when it becomes convenient, rather than placing our friends that may really need us on a higher priority. We are programming the human to dismiss and to treat others as less than human; we are turning our relationships into an artificial intelligence. These interactions are causing us to devalue the humanity of others. If we lose our ability to communicate and assimilate before … how are we going to be able to have relationships, communicate, and live with others after?